Skip to main content
Free Shipping on all orders over $99 or more
When looking at tree climbing systems there are many choices in climbing gear and climbing methods, and it can be overwhelming to know where to begin. Arborists are often keen to know the differences between MRS and SRS, (Moving Rope System and Stationary Rope System) so we are going to break down the basics of each system.
This is part three of the top tools every climber needs. We've covered saddles, climbing lines, a climbing system, loop runners, carabiners, foot ascenders, lanyards, and helmets, handsaws.

When looking at tree climbing systems there are many choices in climbing gear and climbing methods, and it can be overwhelming to know where to begin. Arborists are often keen to know the differences between DRT / DdRT (Double Rope Technique / Doubled Rope Technique) and and SRT (Single Rope Technique), so we are going to break down the basics of each system.

There has been added confusion as terms have changed over the years. DRT (or DdRT) moved to MRS (Moving Rope System), while some tree climbers now call SRT, SRS (Stationary Rope System). In addition to the change in terms, there are almost endless systems that can be created for both Moving Rope and Stationary Rope systems.

We will walk through the features and benefits of these systems to help you better understand how each works so you can find which fits your style of tree climbing.

In addition to the multiple products and systems available, something else we need to consider are the forces and physics of different tree climbing systems. We should also look at friction, as friction is something that is always present and can be either useful or negative depending on what we are trying to accomplish. Generally, we want to reduce friction when discussing tree climbing systems as less friction means less energy used.

What is DRT Climbing?

The DRT technique, or Moving Rope System, as it’s now called, has been around in the tree climbing industry for decades and you can find very simple to very complex and technical systems throughout the industry.

MRS are systems where a climbing line goes over a branch, through a union or a friction saver, and moves up or down when ascending or descending. The working end of the climbing line is always in front of the climber and both sides of the rope move.

When using MRS, you are lifting roughly half your body weight which is a benefit. However, to ascend 10 feet you will move 20 feet of rope through the system—half the weight, twice the rope. But when working in the canopy or on limb walks, you can use the mechanical advantage to your benefit and slack is easily taken up using MRS.

It is also advantageous to use a friction saver as this will help reduce friction, increase efficiency, and save wear and tear on your climbing rope and the tree. 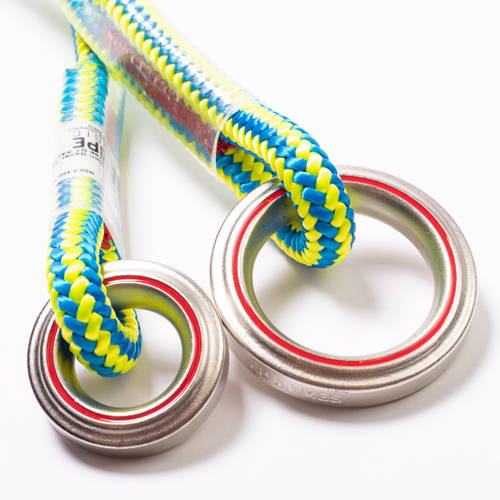 “MRS are systems where a climbing line goes over a branch, through a union, or through a friction saver and moves up or down when ascending or descending."

A safe and effective Moving Rope System can consist of nothing more than a climbing line with the working end used to tie a Blake’s hitch on the opposite side of the rope. This is the most basic and traditional system for tree climbing. From there, you can add hitch tending pulleys, split tails or prusiks to create different friction hitches, or go to a full mechanical device.

There are many options available for Moving Rope Systems such as the DMM Hitch Climber pulley that when paired with an eye and eye prusik and oval-shaped carabiners, results in the best rope on rope climbing system in the industry. Mechanical devices such as the PETZL ZIGZAG, ART Spiderjack, and Rock Exotica Unicender are popular choices for building a Moving Rope System around a mechanical device. Ultimately the climbing system is determined by your preferences and what works best and is most comfortable to you.

The basic concept and function of MRS and SRS are one part of the equation, the other being forces we are putting on the tree. When running MRS, the tree is experiencing 100% of our body weight on ascent and descent. This is the same as if you were to throw a rope over a branch with a 100 lb. weight attached to one end—we need to use 100 lbs. of force on the opposite side of the rope to keep the weight elevated off the ground. As with any climbing system, the climber should bounce test the system using their own body weight to make sure the climbing system is operating properly and to test the tie-in point.

What is SRT Climbing?

SRS/SRT climbing systems have gained in popularity in recent years. When climbing SRS, you are climbing on just one part of the rope and the rope stays stationary. Ascents can be very quick with SRS and although you are lifting your entire body weight, you are ascending at a 1:1 ratio. When you ascend 10 feet, you are moving over only 10 feet of rope. It is a much quicker ascent up the rope, but you lose the mechanical advantage when limb walking or making quick vertical or horizontal moves in the tree. There are multiple ways to add mechanical advantage to an SRS system to assist when needed.

What is SRT Climbing?

For SRS there are two primary ways to create tie-in points; Canopy Anchor or Basal Anchor. The canopy anchor is very similar to how we would create a tie-in point with MRS. Upon isolating our climbing rope, we would then use an Alpine Butterfly or hardware such as a Notch Quickie and pass the working end through and pull the rope sending the knot or hardware up to cinch around our tie in point. As far as forces are concerned, these are the same forces we would see with an MRS tie-in point. Our TIP is carrying 100 percent of our body weight so we would bounce test the same way.

There is also the option of a basal anchor for SRS. With this anchor, there is no need to isolate the climbing line so setup can be quicker depending on the circumstances. After throwing or launching the throw line, we can pull our rope up and through the tree. Next, you tie a basal anchor with one side of the rope using something simple like a Running Bowline with backups or something purpose-built like the ART Snake Anchor. With a basal anchor, it is important to understand the potential to increase the load on the tie-in point. Because one side of the rope is secured to the base of the tree, it can create higher forces on the tie-in point.

If possible, it is a good idea to run the climbing line through a couple of unions in the tree to help spread the forces out in the tree so all the force is not applied to just a single point.

With SRS, mechanical prusiks are very popular. Because in SRS the climbing system is holding 100% of our body weight, it is not advisable to use just a prusik for ascent or work positioning. It can create a situation where the prusik locks down and we are not able to descend or, the prusik is simply not able to bite the rope enough to keep us descending in a controlled manner.

Many people prefer eye and eye prusiks, and if moving from MRS to SRS, it can be more comfortable using a prusik. If a prusik is the route for you, adding in a Rope Wrench and stiff tether will be everything you need to climb SRS. The Rope Wrench is very popular and creates a system that feels much like the Hitch Climber Pulley System for MRS. There are also multiple options available if you prefer a full mechanical device.

For both MRS and SRS, mechanical ascenders such as a foot ascender or knee ascender can be used to increase efficiency with either system and minimize energy used to ascend. Footlocking is another option but can take time to learn and become efficient. 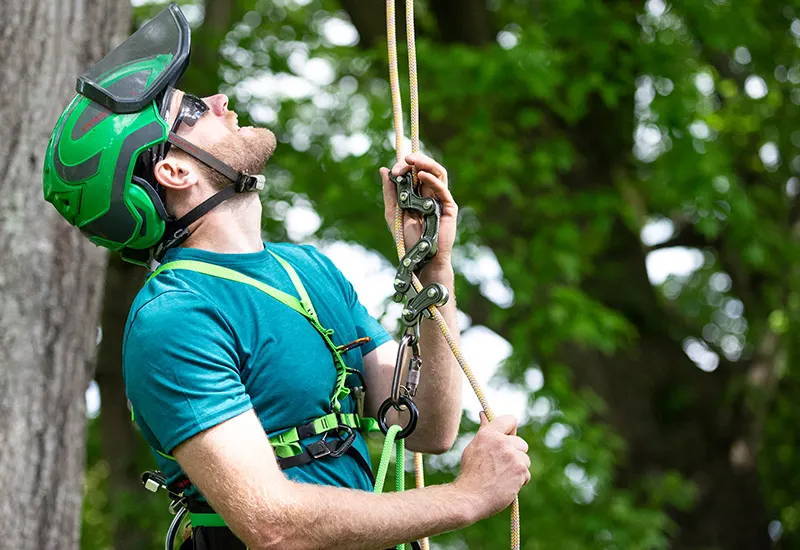 SRT vs DRT: Which one is right for you?

The differences between MRS and SRS are best experienced by using the systems and finding what works best for you. It is always good to have both systems available as each can lend itself to certain situations. You may find where using MRS while in the canopy is good, but enjoy the quick ascent from SRS. No matter which system you are using, always remember to practice low and slow to become comfortable and test the climbing system.