Friction is something we encounter on every job site, and it is either working for us or against us. It can be our best friend or greatest enemy.

When climbing, we look to minimize the friction present to increase efficiency, conserve energy, and make the climb easier. We still need a certain level of friction to operate properly. When rigging, we increase friction to allow us to safely lower large pieces in a controlled manner. With the additional friction in rigging systems, we can accomplish some incredible feats with minimum manpower. Friction is always present, and we need to find a balance depending on what we are trying to accomplish. 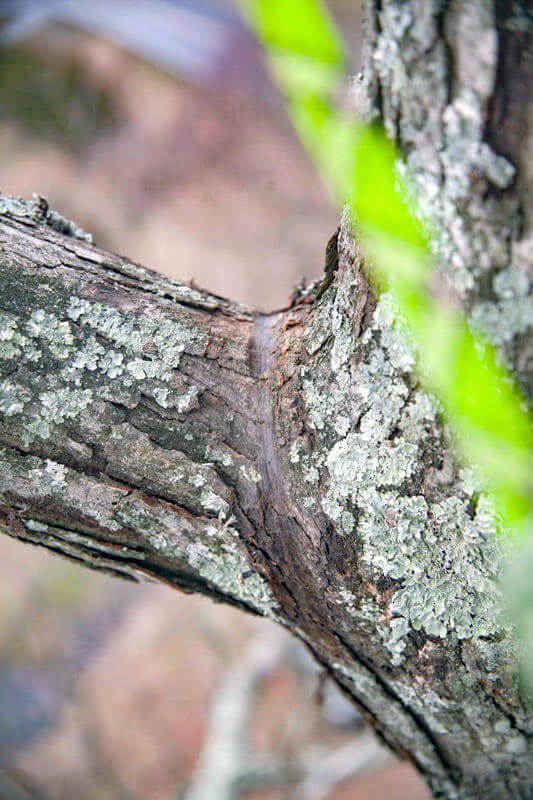 Two byproducts of friction are abrasion and heat, which we all know affect our gear. Rope running directly over a branch not only causes degradation to your rope, but it also harms the tree. It takes very little time for running rope to leave its mark on the tree. When climbing using natural crotch tie-in points, friction is something we lose control of.

The first tree you climb in the morning may have smooth bark with smaller branches, meaning less friction – compared to the rough tree with larger branches you climb after lunch. This can be frustrating, as our climbing systems need to be adjusted to compensate for such sizeable difference in friction. If we do not, or cannot, adjust our climbing system, then we are forced to fight through it, leading to less efficiency and more frustration.

One simple way to control friction is the introduction of a friction saver or false crotch. There are many different choices available to fit your needs and preferences! Something as basic as a Cambium Saver is very inexpensive and easily installed from the ground. It is not a false crotch, as the rope still goes over the branch, but it provides a barrier between the rope and branch, minimizing the impact and harm to the tree from the rope. It lessens the friction, but keep in mind it has limitations on diameters of branches it is best used on.

One of the most cost-effective ways to introduce a false crotch is a ring and ring friction saver. There are multiple options when looking at these products, and for the price, the multiple benefits far outweigh the small investment.

All models of ring and ring friction savers share one concept: a small ring and a large ring.

The difference in diameters in the rings allow it to be installed and uninstalled from the ground. With many different lengths and adjustable models available, they can be used on most anything we may encounter. These models provide consistent friction no matter the tree we are in, and greatly reduce the amount of friction on ascent and while working in the tree. Because the rope runs through the rings, these devices almost eliminate any damage to the tree, and they greatly reduce any damage to your climbing line.

Some models are available with either aluminum rings or steel rings depending on your preference of material. Be aware that very tight unions may cause issues with installation or retrieval, although you will quickly be able to identify which tie-in points are less desirable than others for these devices.

If you’re willing to make a larger investment and go for a friction saver/false crotch that provides the least amount of friction, look at devices that utilize pulleys. The RopeGuide by A.R.T. and the pulleySaver by Teufelberger are friction savers that use a pulley instead of rings to reduce friction. These devices cannot be installed from the ground, but can be carried up with you and installed in the tree once you determine your tie-in point. They are adjustable, simple to install, and can be retrieved from the ground. One thing to keep in mind with these devices is you need to leave enough room for the pulley to pass through the eye during retrieval. If you cinch it too tightly, you may encounter an issue where the pulley becomes stuck between the eye and the tree, which will lead to frustration—and a few choice words—as you set another line to retrieve the device. With these devices, you will see and feel a difference compared to ring and ring friction savers and a very substantial difference compared to a natural crotch.

One device that hit the market in the last couple of years is the A.R.T. TwinLine RopeGuide. This is an updated version of the RopeGuide and provides some updated, unique benefits. Unlike other models of friction savers that use a pulley, the TwinLine can be installed from the ground. Plus, it allows you to have two separate climbing systems with the same device which is where the “TwinLine” name originated. Many countries now require an access line to be available at all times, and this device meets that requirement. It is a very unique design with multiple benefits and functions. Check out the video below to get a better understanding of the capabilities of the A.R.T. TwinLine RopeGuide:

It is important to keep in mind the effect on your system by ring and ring friction savers and other devices that incorporate pulleys. On ascent, reducing friction is an advantage as we can be more efficient and save energy. However, we need a certain amount of friction to keep us on our climbing line and in the tree.

Let's break this down into a difference between holding power and friction.

We rely on our climbing systems to hold us on the rope in MRS climbing. Assuming that there was zero friction at the tie-in-point, then the climbing system would need to hold 100% of our weight. While most climbing systems easily hold the users weight without the aid of additioal friction it can be difficult to disengage the system for descent (this is why you cant climb on a SRS system with only a prusik). Enter friction! With friction provided by either the tree branch or the friction saver the necessary holding power of our climbing system is reduced which allows us to fine tune hitch systems or use mechanical climbing systems to create the smoothest and lowest effort climbing expierience. 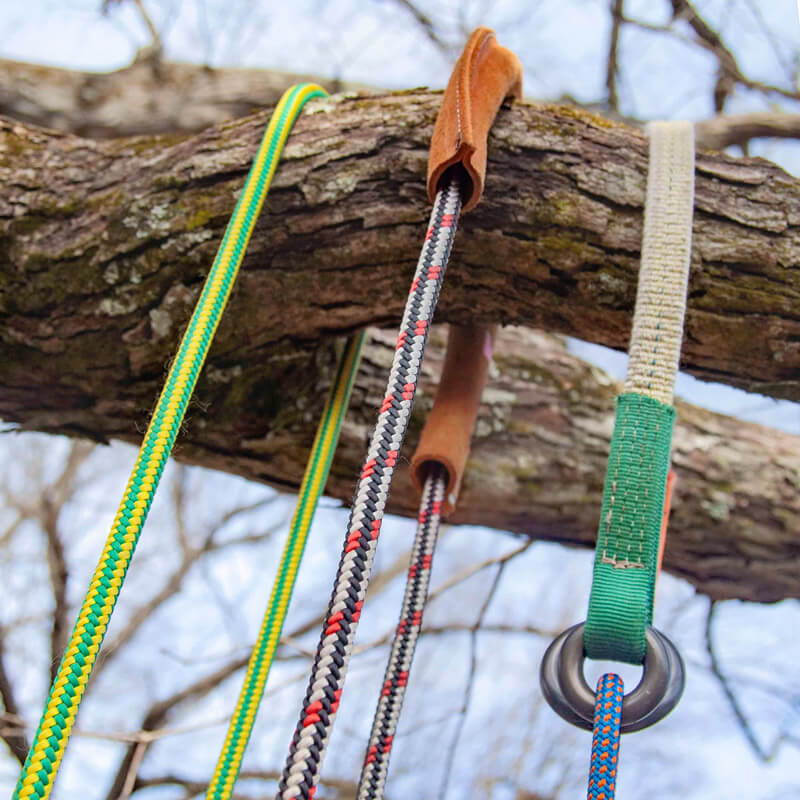 What does this mean, and what are the advantages?

The less amount of friction at our tie-in point equals more efficiency and less energy needed to get us to the same point. This leaves us with more energy while working in the canopy. It also provides a more responsive and faster system—which can take some time to get accustomed to.

On the flip side of this are the effects of where the friction is coming from. When we place more of the friction in our climbing system, we can easily see the benefits, but we know that friction causes heat due to two objects interacting with one another. Heat causes wear on ropes and mechanical devices, so it is possible you will see friction hitches or mechanical devices wearing a bit faster than what you are used to. This is not a reason to reject the use of a friction saver.

I think the clear majority of climbers would find the benefits greatly outweigh the minimal cost of going through friction hitches or clutches on a more frequent basis. Although a friction hitch may not last as long, our ropes will have a much longer lifespan; plus, because we are not running the rope over branches, you will have less issues with sap. Again, using friction savers creates a faster, more efficient system with greater responsiveness. We are also prolonging the life of our ropes and eliminating any damage to the tree itself. These benefits and others are enough reason to consider adding a friction saver to your kit.

Finding what works best for you takes some experimenting to find just the right fit, but it is well worth it. With all the tools available to us, we should be looking for ways to increase efficiency and production, while at the same time eliminating wear and tear on our bodies. In the long run, adding a friction saver is a very small investment for the benefits it brings to our climbing system. I have a feeling you will enjoy the increased performance of your climbing system.