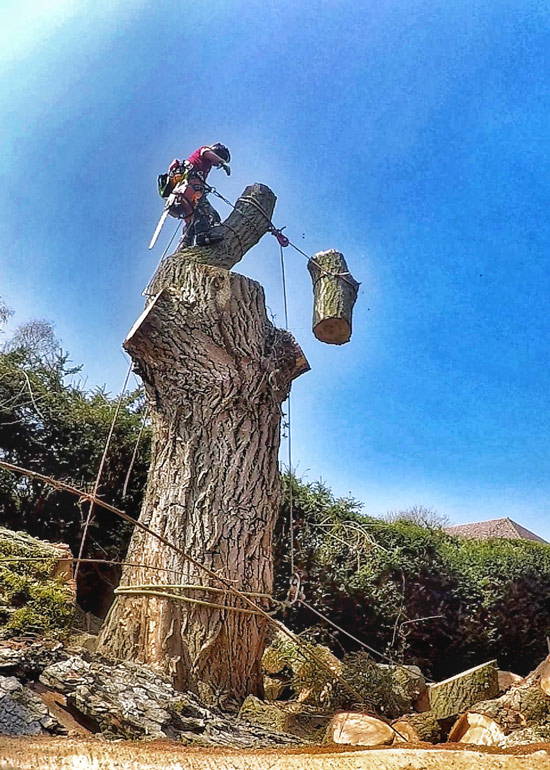 Rigging for a production arborist can be challenging and complicated. Simple natural branch union rigging scenarios using only rope and tree parts, while sometimes still appropriate, have been improved on. Now, a vast array of tools and techniques are available.

Our ability as arborists to safely remove trees and tree parts must match the equipment and systems available for safe, efficient rigging. The following is a list of five ways to manage and/or reduce force in a rigging system.

To keep any system – from simple rope and branch to advanced high-line systems – working with the tree and the arborist, not against. 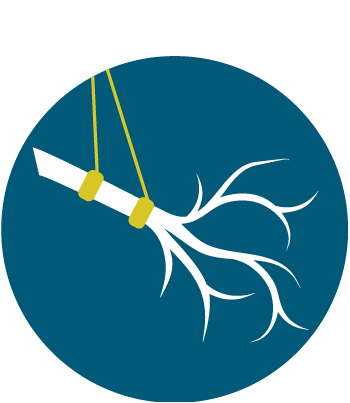 This is the most simple, but often overlooked: cut smaller pieces. If you have any doubt about the tree or the rigging system handling the load, reduce the input force by going smaller. Yes, often larger pieces are more efficient and lead to time savings. However, they can also be cumbersome for the ground crew, and quickly overload a rigging system. There is nothing wrong with rigging big, but don’t get lost in the wonderment and overlook the simplest way to reduce overall compounding forces by reducing input force. Lighter may indeed be better. 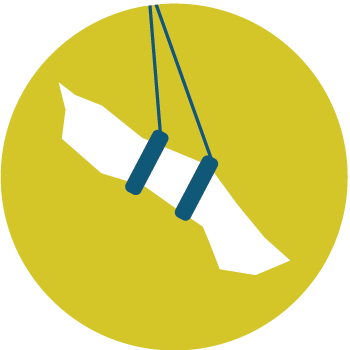 The second method is one we all have yelled out of the tree at some point: “Let ‘er run!” By slowly decelerating a piece into the rigging system force is gradually dissipated. Furthermore, if there is no need to totally stop the piece, force into the system can be avoided. A nice smooth transition from in the canopy to on the ground is best. As climbers and riggers we know it instinctually, smoother is better! Although, we may have learned the jarring, piece-got-hung-up, ground-crew-screwed-up kind of way!

Dissipating force over distance is an excellent and gear/rope friendly method. The heat generated from friction must be kept below the melting point. After all the energy is not lost, just converted to something else at a slower rate. Avoid the “chain reaction” of sudden impact and design your systems so the removed piece has room to decelerate as slow as possible. Method one and two go well together.

To keep any system from simple rope and branch to advanced high-line systems working with the tree and the arborist not against. 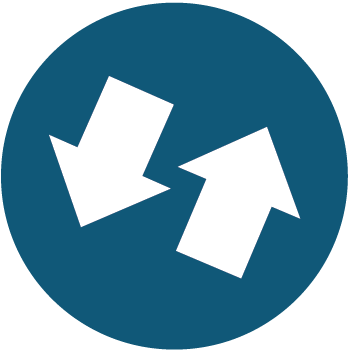 All rigging lines have stretch. As weight is applied the fibers will elongate, thus absorbing some energy. The more the elongation the more energy absorbed. While it may seem like simple math it is a bit more complicated. Using a “stretchy” rope will help lesson force on a rigging system, but there are draw backs. Too much stretch may use up all the “let ‘er run” room from the last method. However, with enough room, grabbing a line with more elongation is a valid method.

However, not all stretch is created equal. How much stretch is just one half of the elongation equation. When the stretch starts to happen is the other half. Materials like, say, bungee cords, make bad lowering lines even if strong enough and the overall amount of stretch is relatively low. The problem in not the amount of stretch, but that the bungee starts to stretch at very low loads.

A proper rigging line will remain relatively low stretch at lower loads, then increase in elongation as the loads increase. In other words, a good rigging line stretches when you need it, as the system is being stressed. Be sure to take the amount of stretch and the point the stretch happens into your rigging plan. 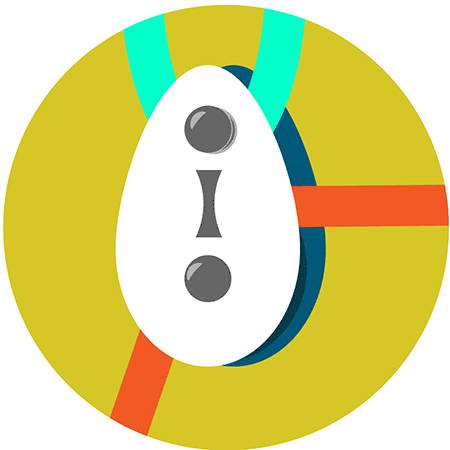 The fourth method is to change the angle at the rigging point or block. A single block with a rope running up from the lowering device, over the sheave, then back to the load with both parts of rope hanging parallel will put roughly twice the weight of the piece on the block. If a piece weighs ten pounds, the lead or side of the rigging line the piece is attached to, will see ten pounds. The opposite side of the line, the fall, will also experience ten pounds. If it experiences less the load drops, more the load rises. The block will see the sum of both parts of line.

Changing the rope angle at the block can be accomplished any number of ways. Moving the lowering device, using multiple blocks in the tree as redirects. A word of caution though. As the angle of the rigging line changes so does the direction or resulting force of the block in relation to its anchor.

Think of an arrow knocked on a bow string. As the angle at the rear of the arrow changes in relation to the bow string so does the direction the arrow will travel when released. In the first scenario, where both sides of rope were parallel, the resulting force on the block was in line with the stem of the tree.

Changing the angle at the block lessons the load, but alters the direction of the resulting force. In some situations, this could be desirable, such as creating rigging systems that load the tree and/or tree parts in compression. In other situations, bending moment could be created and actually enhance the forces acting on the tree in an undesirable way. 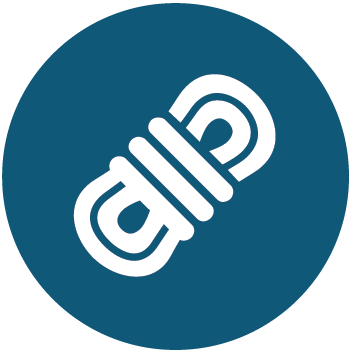 Last but not least, put more rope into the system.  This has the effect of increasing the amount of rope fiber available to absorb load. As stated earlier all rope will stretch. If you have a rope that will elongate five percent at one thousand pounds, then five percent of one hundred feet is greater than five percent of ten feet.

Redirects in the tree or on the ground are easy ways to add rope. Remember to watch out for resulting forces though! For this reason method number four and five complement each other when used with full understanding of the forces involved.

Using a larger diameter rope for larger pieces also fits into this category. Rope fiber available increases with length of rope as well as increased diameter. Another way to add rope to a system is, if appropriate add a second rope and block from a separate rigging system to the first. Two rope rigging is an excellent and easy way to reduce force in a rigging system by doubling the amount of rope!

There you have it! Five excellent ways to reduce/eliminate/mitigate forces going into your rigging system and hence the tree. Not all rigging needs to be complicated. In fact, the best rigging is just complicated enough to safely and efficiently accomplish the task and not one bit more.

These five methods can be applied in conjunction or independently, in a complex system or the most basic. Use them to your benefit, and rig safe! 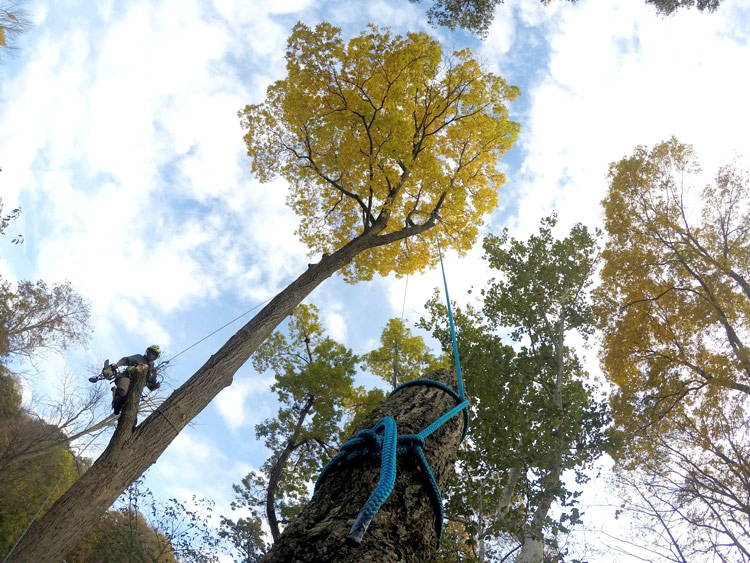 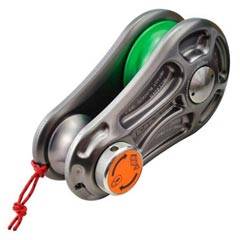 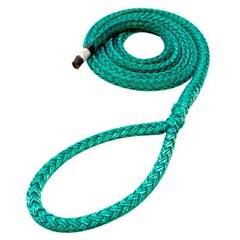 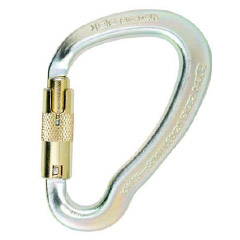